If you’re picturing yourself wandering aimlessly though the impressive sky-high brick temples, intricately carved with sacred symbols and figures, or sitting street-side on an early morning before the heat sets in, sipping on a kafe khmao, or splashing through the shallow turquoise waters of Koh Rongs’ sugar sand beaches, you probably think you’re ready to visit the gorgeous country of Cambodia. But here me out: there are things that you need to know. Especially before you go.

Cambodia is everything, and more. It’s full of some of the friendliest, and most grateful people I’ve ever met. Koh Rong was filled with extremely hard working and kind people with big smiles always painted on their faces. The sticky noodle dishes and angkor beers have been etched into my mind when I think back to Siam Reap, along with the kind woman’s face who cooked the delicious food in Two Sister’s Cafe. Phnom Penh, with its inner-city layer of soot that covered almost everything in sight, reminded me of a raw diamond; It’s a city that displays Cambodias’ raw history prominently, reminding visitors and tourists that Khmer people are strong. Sihanoukville, though architecturally unimpressive, is one of the most culturally diverse areas I’ve seen in all of the country, and I loved tasting Sihanoukville’s twist on international cuisines.

I’m sure by now, you’re wondering “what in the hell is she talking about?” Cambodia sounds phenomenal! And it is. But all you need to do is some quick research on the Cambodian Genocide to understand the thick, sticky past that plagues Cambodia.

This genocide is basically the East-Asian equivalent to the Nazi Holocaust. And no, it didn’t happen in WW2. It occurred throughout  the 1970’s. Over 1/4 of ALL Cambodians were systematically murdered during the era of Khmer Rouge, around the same time that your parents were dating, or when you were born. And the worst part? Most Americans that I know lack basic knowledge about the Khmer Rouge, the Cambodian Genocide, and the socio-political climate that caused over 3 MILLION people’s death. I can’t speak to the full world, but I know that my high-school education didn’t acknowledge anything about this devastating history.

As of 2009, over 20,000 mass graves have been discovered throughout Cambodia, full of men, women, and even infants. This autogenocide was done in the name of radical ideology and racism, and has been generally ignored by the world at large.  In fact, the Khmer Rouge kept their UN seats throughout this ordeal. The rest of the world has yet to accept our   lackadaisical association of responsibility in the Khmer Genocide. People died because everyone did nothing…

……what does that mean for you, as a tourist?

5 Things To Know About Cambodia Before You Visit

#1 The Khmer Rouge has left a lasting impact on Cambodia

Yes, Pol Pot is dead, gone and rotting in his grave, and the Khmer Rouge has long since been dismantled, but their impact spans across all of Cambodia. Though the Rouge ended in 1979, they had power until late 1996! Meaning that land, businesses and other assets were seized, wealth inequality is still extremely skewed, and most people who survived the Khmer Rouge still feel their reach to this day.  The children left over were raised by tormented  family members, or in bare-bones orphanages. Families were shredded, infrastructure has crumbled and culture was invariably lost.

Malnourishment is still widespread across Cambodia, and most people live on an average of income of  $7 USD/ day (Based on Worldbank statistics, June 2017).

#2 Think About Where Your Tourism Dollars Go

When you pay for goods and services, make sure you are spending money in locally owned shops and on family-run tours. Because there is such an issue with income inequality, it’s so, so important to try and spread your tourism dollars around to people making an honest living, rather than just allowing your hotel to handle everything. Yes, it’s a lot easier, but keep in mind how poor most people are in Cambodia, and do your due diligence to help support the economy. Be sure to tip appropriately.

Do you research before “voting” with your tourist dollars to support blind massage parlors, or orphanages, which have exploded in popularity due to celebrity endorsement. Orphanages are not, and shouldn’t ever be, tourist attractions. (Blind massage parlors claim to support the visually impaired with work, however a lot of them abuse their employees. Be sure to find a reputable one before supporting that industry if you choose to do so)

When it comes to children, or poverty tourism:

There is also the issue of the floating village tours. Having gone on one myself, I can tell you that I wasn’t aware of how unethical these tours are. Not only do they not support the floating village economies, but it is essentially poverty tourism. The tour companies are run by people that do not live there, and the boats filled with gawking tourists circle the villages while they go about their day. The boats reach Tonle Sap, the mega-lake (you seriously feel like you’ve reached the ocean!), and only after beginning to return to home base do the tour companies offer locals a chance to offer tourists short, private canoe rides through the brush near their homes. In my opinion, it’s weird. I wasn’t a fan.

#4 Angkor Wat is a RELIGIOUS site

Angkor Wat is one of the most stunning places I’ve ever seen.  The history behind the temples is long, twisted and fascinating. They are a blend of hindu and buddhist temples, that have changed roles throughout the ages, and transitioned from one religion to another.

It’s not only important to recognize them for their beauty and cultural significance, but to establish a high degree of respect for their religious meaning.

It is not acceptable to bare shoulders or legs while exploring Angkor Wat…..

It is especially rude to expose it all.

It’s become popular somewhat recently to bare it all in beautiful locations for the ‘gram. I don’t care about #belfies or whatever fad is next, but please be respectful when you tour Angkor Wat. Not only is it super cool, but it’s super conservative. That means you do need to be covered from elbow to kneecap. Just because its’ hot doesn’t mean anyone has the right to disrespect Khmer culture.

And besides, you’ll be glad you wore full pants anyway. Its SO dusty inside Angkor Wat, you will leave with a new skin tone if the sun already hasn’t affected that!

#5 There is much more to Cambodia than “Dark Tourism”

Although the Cambodian Genocide casts a large shadow over the country as a whole, don’t let it eclipse the beauty of Cambodia. They have so much more to offer the world than a dark past. Have you ever heard of Phare? (Check it out here!) It’s Cambodian circus, and it’s truly impressive.  The floating villages in the North are cohabiting with the endangered River Dolphins, and there are ancient spas that lie hidden in the North, waiting to be explored. In fact, there have even been recent discoveries of the remainders of ancient civilization still hidden in the wilderness. Art is still a thriving culture. Ultimately, this area has a lot more to offer the world than a reflection of the past, or a reminder that the worst still can happen.

I can’t wait to return to Cambodia!! What was your favorite parts of your visit? 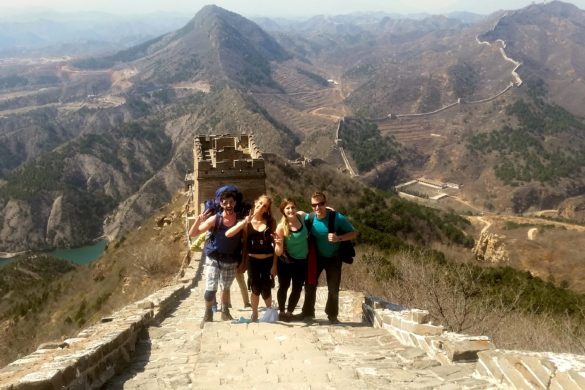 My husband and I already visited Cambodia and I love how people are warm and friendly. Given a chance, we will definitely come back and this time, with our son.

There are always horrific backgrounds in each place but yes, it is so sad that just 1/4 of humans were butchered and eradicated just like that… But still I cannot resist the charms of Cambodia…

this post wasn’t meant you to resist the charms of Cambodia. It’s to help tourists understand what Khmer people have recently gone through so they can be more empathetic & not harm Khmer people by accidentally providing funding to places like fake orphanages and floating village tours that are nothing more than poverty tourism!

I’ve longed to visit Cambodia mainly because it is just another country to have a stamp on my passport. With your article, I now know what I should do when I plan my trip. Thanks for taking the time to write this.

Well don’t just do it for a passport stamp…..do it because they have awesome food, history and gorgeous beaches!

I’ve always wanted to visit Cambodia because of its raw beauty. Thanks for the tips about the orphanages and floating village tour. I felt the same way in Thailand when we went for the floating market tour. The tourists were floating more than the market and tickets were exorbitant. Why are there humans who relish on people’s poverty and misfortune?

Right!!!! Thank you. If I could interact with someone….learn about their cuisine or something other than just tour through poverty, I would be content to pay. But it just seems people need validation that their lives are better than others. So wrong

I’ve visited Siem Reap beginning of the year and I know it’s not going to be the only one.
Going back for more! Definitely a country with very rich culture & history.

I love feeling that my fingers are touching a structure that’s been there for centuries…..generations!!! I love it!

My next vacation trip is Cambodia. Next year. Thanks for sharing this information 😉

My next vacation trip is Cambodia. Next year. Thanks for sharing this information.