You can get within touching distance of Japanese macaques snow monkeys!

Because you are not allowed to feed, or display food to the monkeys, the macaques ignore your existence.
They don’t care how close you get to them.
Do be careful not to touch them or try to startle them though, they can hurt you.

My boyfriend took a picture of me squatting about 2 feet behind a few as they groomed each other.
The snow monkey park is full of a large troop of monkeys, who stay close to the hot spring water.
They spend their early mornings looking for food and the rest of the day lounging, grooming, or relaxing in the spas.

Due to the monkey’s unique fur, the water doesn’t penetrate the lower fur areas, allowing the monkey to enjoy the heat of the water without getting truly wet.
The monkeys relax in the spa and even seem to sleep in the hot water. (It’s over 42 degrees Celsius!!)

I observed many baby monkeys in various stages of consciousness.
Some mothers pulled on the hind legs of the monkeys, trying to prevent them from exploring too far away.
Other babies had their faces turned into their mothers, as they napped.

At this particular hot spring, there is a geyser just outside of the park area, where you can see a constant steam spray blasting into the sky.
Layers of thick ice surround the geyser, with icicles hanging from its sides.

I rented a room using AirBnB in Yudanaka, and my hosts were the kindest people I could have had the fortune of staying with. Here is a link to their AirBnB profile. I highly recommend staying with them if you are in the area.
Suzie and Toru drove me to the entrance of the Monkey Park so I didn’t have to take the bus.
Because they were headed snowboarding, I did take the bus back to the station, and the bus stop is right across the street from the entrance.
You must walk about a mile (1.8 km) in the snow and mud to get to the hot spring, but it’s quite a pretty walk.

The bus costs 310 yen one way.
Admission to Jigokudani-yaenkoen is 500yen.

Recommendations for the Snow Monkeys

GO EARLY. I cannot stress this enough. I began the 30 minute trek to the park at 9am sharp, as Toru and Suzie wanted an early start boarding.
At 9:30am, there were perhaps 30 people in this small area.
As I was leaving at 10:15, I passed about 100 loud tourists on their way in, and saw many more being dropped off by their tour buses.
While there is nothing wrong with going in large groups, I doubt I would have gotten as close to the monkeys as I did if there were many people around, especially children.

WEAR SMART SHOES. The road is completely frozen over in winter, with patches of dry ice everywhere.
I saw 3 people biff it on the main road alone.
The pathways down to the river’s edge in the park is covered in ice- I would hate so see someone eat snow on that walkway!

CHECK OUT THE HUMAN ONSEN!: There is a place for humans to relax in the hot spring too in that area.
It’s been open for 150 years.
I personally didn’t bathe in that one in particular, but I found that others in Yudanaka were tattoo friendly! 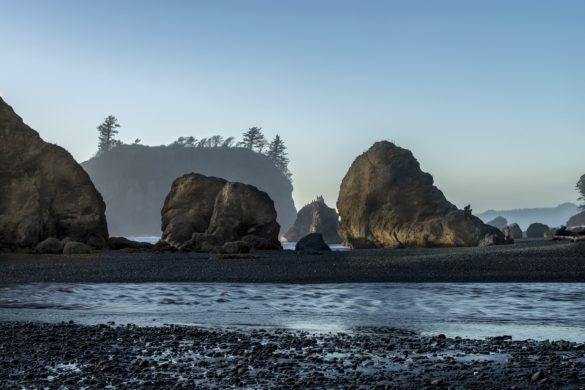 I would visit Nagano every winter if I had the opportunity to do so. I’ve never felt more at home.