“I was literally running down the sidewalk in my stripper heels. I mean, at least I was lucky enough to have worn a long sleeve top that day.” She sipped on her soy milk latte, waving her hand flippantly as she described the previous night’s tumultuous events, ending in her being locked inside a crowded restaurant on the same street until 7 am. She had drunkenly waited out the police raid, unable to leave, as her pants, shoes and house keys sat in the strip club’s locker room. We were sitting inside one of the many Starbucks cafes that sprinkle the streets in Shibuya, one of Tokyo’s flashiest cities. It just so happens that despite the cheerful electric glow of the city, the obsession of all things cute, and the general shyness that imminates from most Japanese, Tokyo is home to an underground world of adult night clubs, hiding from police eye. The dancer I spoke with chose not to be named, worried that there will be immigration repercussions.

Hired to fulfill the foreign fetish that some Japanese men obsess over, , this 5’1″ dancer with a mean sense of style, has only been an exotic dancer a few months. She started by floating along the edges of the adult industry, holding a job called hostessing, a more innocent service offered almost exclusively in Japan. Men come to hostessing clubs where they pay beautiful women to light their cigarettes, refill their whiskey waters, and stroke their egos. They even pay the club to allow them to take the girls out for “dohan” (read: dinner) before their shifts start, where they pay to have a beautiful woman on their arms at expensive restaurants. Most of the interactions are quite innocent, albeit paid.

In a culture known for veiling their thoughts and feelings, things get even shiftier after dark. In Roppongi, as with other party districts, some working women prey on men to get them to pay for champagne at restaurants, or pull them back to hostesses clubs. What the men don’t know is….the women get cash back for all of the food and liquor they consume. Up to 60% back, in fact.

Just like every industry in Japan, the adult industry is highly regulated. After the deaths of Lucie Blackman and a few other lesser-known foreign hostesses, the Japanese government banned all but Japanese from the industry. (Side note: the murder of Ms. Blackman was gruesome, and the murder was convicted 10 years after her death.) The publicity of Lucie’s death is the reason for the regulation of this industry, which is very sad, considering there have been many more deaths of non-white hostesses that haven’t received the type of media attention given to Ms. Blackman.

The new policy only pushed the clubs more underground, where the girls are paid under the table and often shorted their pay. These policies have hurt many women trying to make ends meet in a country that is difficult to find work for a non-Japanese. Especially for Thai women, who see an increased risk of bodily harm, these policies have hurt their income, job stability, and ability to seek help in domestic violence situations. Police officers often raid the strip clubs and hostess clubs, forcing these young women to fear their stay in Japan.

Like most strip – club jobs, these dancers do it for the money. Making upwards of ¥1,000,000 per month (approximately $10,000 USD) isn’t unheard of at times, and they can easily hide their earnings from the government as well as the own government back home, with little to no risk of audit or repercussion. As we sit at the cafe, this new dancer dissuaded me from the idea of joining her at the club, no matter how good the money sounded, telling me stories of overseeing leud behavior from some “tenured” strippers.

We spoke at length about the salary process at some of the clubs here in Tokyo. There are many “Japanese only” clubs that do not cater to foreigners, as well as nondiscriminatory ones alike. Most have one thing in common: girls getting paid a salary to drink, sing karaoke, or eat.
Apparently these dancers are paid to drink with the customers, receiving up to 50% “drink back” of the cost of the alcohol. No drink back was given to hard liquor, but there was incentive to sell champagne or wine by the bottle or glass, as these beverages were added onto their weekly salary. Surrounding restaurants also gave 30-60% back on the total cost of the bill to the women that escorted their dates there, and karaoke bars also had similar programs.
Essentially, Illegal Dancers would begin her evening at 8:00pm ‘fully clothed’ (in a cocktail dress) until the strip – club “closed” at 1:00am. After that time, they would be allowed to work the floor, offering dances and drinking with customers until 4am. After this time, she could take these men into karaoke bars or restaurants and continue working until 8:00 or 9:00 in the morning.
The most interesting part is that the police generally know what is going on, and yet cannot or will not stop the clubs from functioning as they do. The foreign girls aren’t allowed to work until after hours, and cops aren’t allowed into these places after they are “closed for business”.
Hostessing is pretty similar.  Most clubs with foreigners are difficult to find unless you are told where to go. These places aren’t listed on google maps, more than likely are located on the 7th or 8th floor of a building, and are invitation-only. Women here are paid an hourly wage, plus drink back. They are required to go on ‘dohan’ with customers, but are given an extra ¥5000-10000 per date on their paycheck.
These types of jobs obviously lead to binge drinking, with women required to consume 3 beverages per hour at most places. Dancers repeatedly told me how unhealthy they felt working there, and important it was to take regular breaks from dancing due to the sheer volume of liquor consumed. One of the dancers I spoke to in particular said she was consuming more than 3 bottles of champagne by herself every evening. At 5’1″, her tolerance level could rival men twice her size.
I have never heard of a job that you actually get paid to consume liquor in correlation with how much you can actually drink. I am pretty certain that dancing and hostessing in Japan is unique to this concept. Do you know of  anything like this kind of job? Let me know by commenting below, and don’t forget to follow my blog! Lot’s of new developments unraveling as I head off to China this year!
photos by: & , ,
Tokyo Underground; Life of a Hostess and Dancer was last modified: February 2nd, 2019 by Cassy
exotic dancerillegal jobsnightlifestrippertokyotokyo nightlife
1
Facebook Twitter Google + Pinterest
previous post 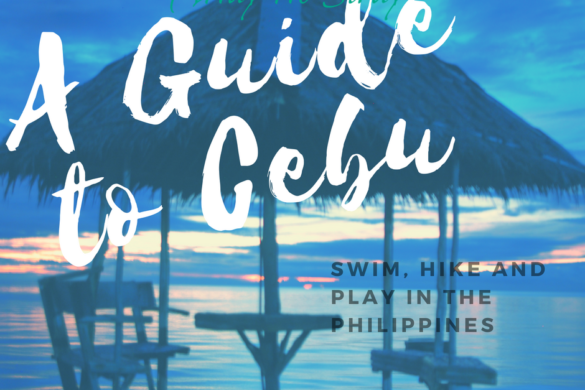 I am a stripper and I will continue to do this job for a living. I am not ashamed of it. Thanks for sharing!

Please how can I apply ? I’m in one of the African country as a stripper but I was thinking of taking a step forward.

Wow, I just discovered your blog and this article caught my eye straight away! Such an interesting read!
Crazy about the cashback for all the food & drink they consume!
Eli x

Right? It was so interesting to interview and learn about this industry. I actually just had a conversation about the Japanese sex industry yesterday with a guy I met at the airport! It seems that almost all westerners that visit seem to notice its “awkwardn”/ “Hush-hush” nature

Hello Casey ! I am in the industry and just curious if you could give a recommendation on a club that you visited in shibuya??? And general advice for landing a hostess/ dancer position

you can easily just walk into the clubs and apply! And they are building a new Hustler Tokyo in Roppongi, just FYI 🙂

Ur blo is much useful for me. i’ll thnx u a lot to posting this interesting stuff.

When was Seventh Heaven raided?

I was told that this situation happened approximately one month ago, on a Friday night.